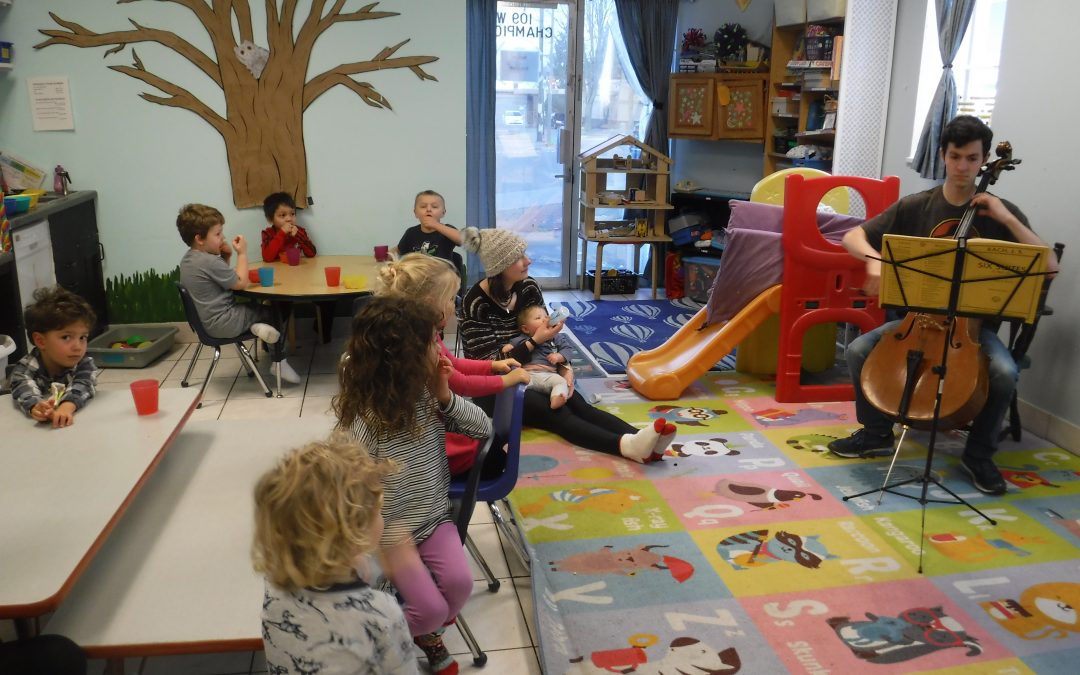 Music is a universal language of inclusivity to which all can relate.  An American folk singer, on one of his recorded CDs, tells the story of performing with another musician in Germany.  He humorously details nearing the end of a music set and not being sure how to end the performance.  He recounts, in mock desperation, how he began singing the old Elvis Presley ballad, “Can’t Help Falling in Love with You”.  Within moments he reported audience members beginning to sing along him until it seemed to him as if the entire audience were joined together crooning the haunting melody.  He remarks that thousands of people of different nationalities, ages, genders and countries of origin were joined in a moment of sharing that transcended individual differences.

“Choir,Choir,Choir” is a movement begun in Canada in which individuals come together to form a large group.  Then, under the direction of Daveed Goldman and Nobu Adilman (AKA “DaBu”) create an impressive choir event from which participants leave feeling uplifted and connected to a large group of people they had never before encountered. Videos of the event are impressive.

And what American does not know at least some of the these lyrics, “Take me out to the ball game, take me out to the crowd…” At a baseball game, 60,000 people join voices in unison belting out this classic.  The experience generates smiles, applause and high-5’s.  Everyone participates and feels included.  Music truly has magic qualities.

Music also is a powerful teaching tool.  Young children learn the ABC’s through song.  Teens learn the names of the 50 United States through song.  Music resources are available to teach anything from phonics, to math facts, history, values or citizenship. Music is fun. Music makes learning fun.

Clearly a robust music education program in an early learning center is an essential.  With increasing emphasis on STEM based curricula, programs from early years through high schools are tending to de-emphasize the arts.  In doing so children are losing out.  Besides being fun and an effective learning tool, exposure to music in the early years is neurologically important as well. According to studies conducted by the Child Development Institute, “research shows how early music training (before the age of seven) produces actual physical changes in brain structure and function.”  In March 2018 a panel of scientists at the National Institutes of Health Kennedy Center Workshop on Music and the Brain, highlighted research findings showing that from infancy, children are responsive to listening to music, and the experience significantly contributes to language development. The group also noted that in addition to promoting language development, music has a positive effect on the development of other cognitive functions including attention, visual-spatial perception, and executive function.